yes, I've actually started writing something. High time. That was yesterday though.. After an inspiring debate with a long lost friend on Thursday evening, I spent the rest of the night constructing first sentences and chapter structures - unfortunately only on my mind, as I was in bed then. Obviously the next morning, all my lovely compositions were gone. Nevertheless I started WRITING on Friday morning. Beginning with general stuff about literature. do you wanna know?

Hmm, it's basicly about there not being too many art historians who have dealt with the topic thoroughly. There is one Lefèvre-Pontalis who wrote two pretty detailed essays in 1886 and 1919. And there is not too much more new stuff. BUT the good thing is, that a very industrious historian (A. Sohn, as mentioned before) wrote two highly interesting pieces on Saint Martin des Champs and there are several publications by the archaeologists who've been involved in the digging going on there in the 1990s.

there's also a really good website with pictures of romanesque and gothic buildings, I can recommend to anyone interested:
http://romanes.com

that's what I'm up to at the moment.
WrItInG
wRiTiNg
whispered by art histeric at 17:13 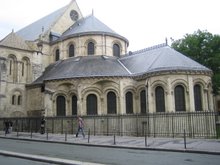 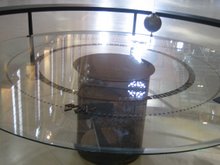 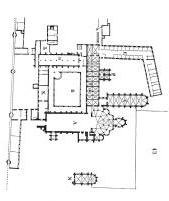